Iris Colomb is a poet, artist, curator, editor, and translator based in London. Her projects often involve experimental translation, performance, and artist books.

Her pamphlet I’m Shocked come out with Bad Betty Press in 2018, her chapbook Just promise you won’t write came out with Gang Press in 2019. Her artist books have been collected and exhibited by the National Poetry Library, and her poems have appeared in magazines such as 3:AM, Zarf and Datableed, as well as a number of UK anthologies.

Iris has given a range of individual, collaborative and interactive performances in the UK, Austria and France; and her work has been showcased in collective exhibitions in the UK, Ukraine and France. She has been resident artist and poet at the Centre For Recent Drawing, she is now the Co-Editor of HVTN Press, and a founding member of the interdisciplinary collective ‘No Such Thing’. 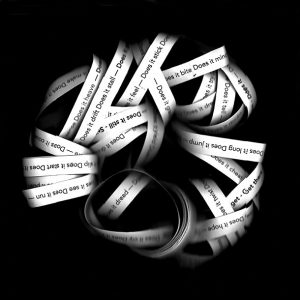