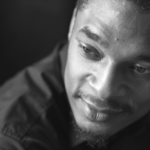 Hayes served as the 2017-2018 poetry editor for New York Times Magazine. He was guest editor of The Best American Poetry 2014 (Scribner, 2014), the preeminent annual anthology of contemporary American poetry. His poems have appeared in ten editions of the series. He has received many awards for his books, including a Whiting Writers Award for his first book, Muscular Music.

His most recent manuscripts are American Sonnets for My Past And Future Assassin (Penguin, 2018), and To Float In The Space Between: Drawings and Essays in Conversation with Etheridge Knight (Wave, 2018).