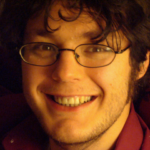 Ilya Kaminsky was born in Odessa, former USSR, and arrived in USA in 1993, when his family was granted asylum. He is the author of Dancing in Odessa (Tupelo Press), Deaf Republic (forthcoming from Graywolf in 2019) and several other books, including Dark Elderberry Branch: Poems of Marina Tsvetaeva, which he co-translated with Jean Valentine (Alice James Books). His poems have been translated into numerous languages around the globe and his books have been published in Turkey, Netherlands, Russia, France, Mexico, Macedonia, Romania, Spain, and China, where his poetry was awarded the Yinchuan International Poetry Prize. His other awards include the American Academy of Arts and Letters’ Metcalf Award, The Whiting Writers Award, Ruth Lilly Fellowship, Poetrymagazine’s Levinson Prize, Pushcart Prize, and others. Recently, he was on the shortlist for the Neusdadt International Literature Prize.